PHP7 is widely used by Hosting Providers due to its advantages over the lower version of PHP, Joomla 4 will also use PHP 7 and it will be the minimum requirement to run a Joomla 4 site. The websites those use PHP fast and used half of the memory consumption on the server and more secure. Return type declarations are also supported by PHP 7 that helps developers a lot.

Bootstrap is the most popular HTML, CSS, and JS framework for building responsive websites. Bootstrap is a major improvement in Joomla 4 that make it powerful. Till now Joomla was using Bootstrap 2 version, that is also popular and widely used, but with time, the changes in the Joomla 4 and its later versions will stay up-to-date with the latest Bootstrap version to prevent conflict and backward compatibility issues.

Joomla 4 has been introduced with bootstrap 4 support and all the beta versions till date released with the BS4 version. In a recent announcement by Joomla team Joomla 4 stable version will support Bootstrap 5.

Saas files are not been used before in Joomla, implementation of SAAS in Joomla w4 will give it more flexibility with less amount of style codes 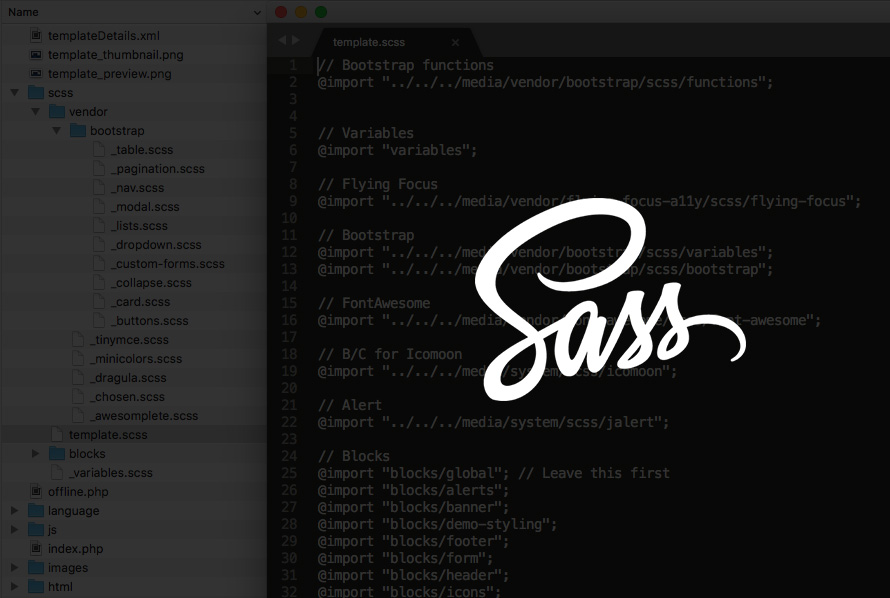 In Joomla 4, MooTools will be removed that reduce the conflict issues and make the working of the system more flexible.

Since the Joomla 4 comes with less amount of codes that improves the working and stability of the system. Improvement in MVC layer in Joomla 4 will give it another future, Now the Extension, components will only be used to implement its own core functions and rest will be used from the system. “Command bus” will be used by developers to simplify the functionality.

What is the Orthogonal system in Joomla? An orthogonal structure is when two different types of the components will distinguish. This will be divided into two type: Vertical and Horizontal. The Vertical component has users, content and contacts on the other hands the horizontal system has Version, tags, Translate.

Joomla 4 introduces framework 2.0 with some great features like We here at Gavick regularly testing our products to make them ready for Joomla 4 with its new features. Every weekend we also updating our templates update for Joomla 3.8.3 that is the latest stable version of Joomla at this time.

Want to know more about Joomla 4?