WordPress 4.0 was released on September 4th and let’s face it, it wasn’t the revolution you might have expected the jump from version 3 to 4 to bring (you can get some more information about this version here). However, the next release, WordPress 4.1, should have a few more visible changes as well as a new default theme – Twenty Fifteen – that will be released alongside WordPress 4.1. In this article I’ll look at some of the expected changes and what they mean for users. 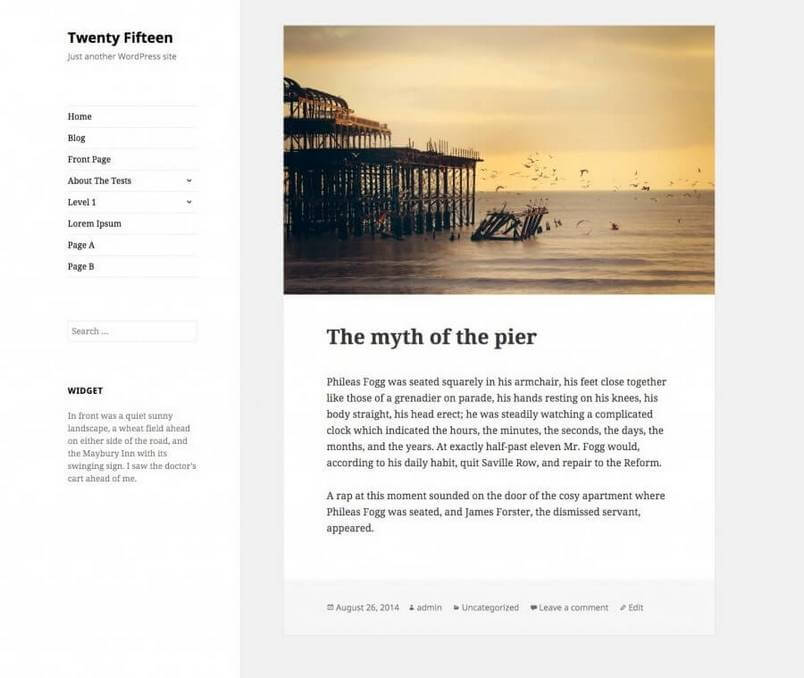 Twenty Fifteen will be a clean, blog-focused theme as you would expect from a default theme, with particular attention paid to the typography. Text is treated as a major part of the user interface, and the first screenshots that have trickled out show that it includes a sidebar and a lot of white space to emphasize content. Twenty Fifteen will include options to add a custom header image and a custom background, and to keep things modern it will of course look good mobile devices too. The Theme is still in development but the authors say that it should be ready for release around 25th October, which should mean that it will be included in the WordPress 4.1 core.

We’re expecting WordPress 4.1 to introduce a new screen for user profiles, which will display a given user’s logged in sessions and allows them to be logged out. This view shows information that could be useful if you have a lot of contributors and are struggling to keep track of their activities, with log-in time, the originating IP address for the login as well as the session expiry date and time.

If you want to test this feature before the release of WordPress 4.1, you can do so by using this plugin, but remember that it’s only the beta version so there may be bugs and other issues still present.

The current full screen mode is very minimalist – focused on the content only with no access to some needed metaboxes. The next version of the Distraction-Free Writing mode will have quick access to all meta boxes, with a single toolbar API. (elements will be hidden/shown using the mouse cursor). These improvements will be based on the Focus plugin.

In WordPress 4.1 it looks like we’ll have the ability to export specific categories, authors or content published over a particular period of time for even more fine control of content migration. The API for this tool will be the same as it is now, so the exported files are expected to have the same structure as the current iteration.

In WordPress 4.1 there will be additional languages available for install via the dashboard (after WordPress installation is finished).

The First beta of WordPress 4.1 should be available around October 29, 2014 and the final release around December 8 this year; I’m definitely looking forward to this release, and I hope this article has got you interested too!
What’s new in WordPress 4.1? 4.255 (85.00%) 8 votes
Share
This article was first published October 9th, 2014